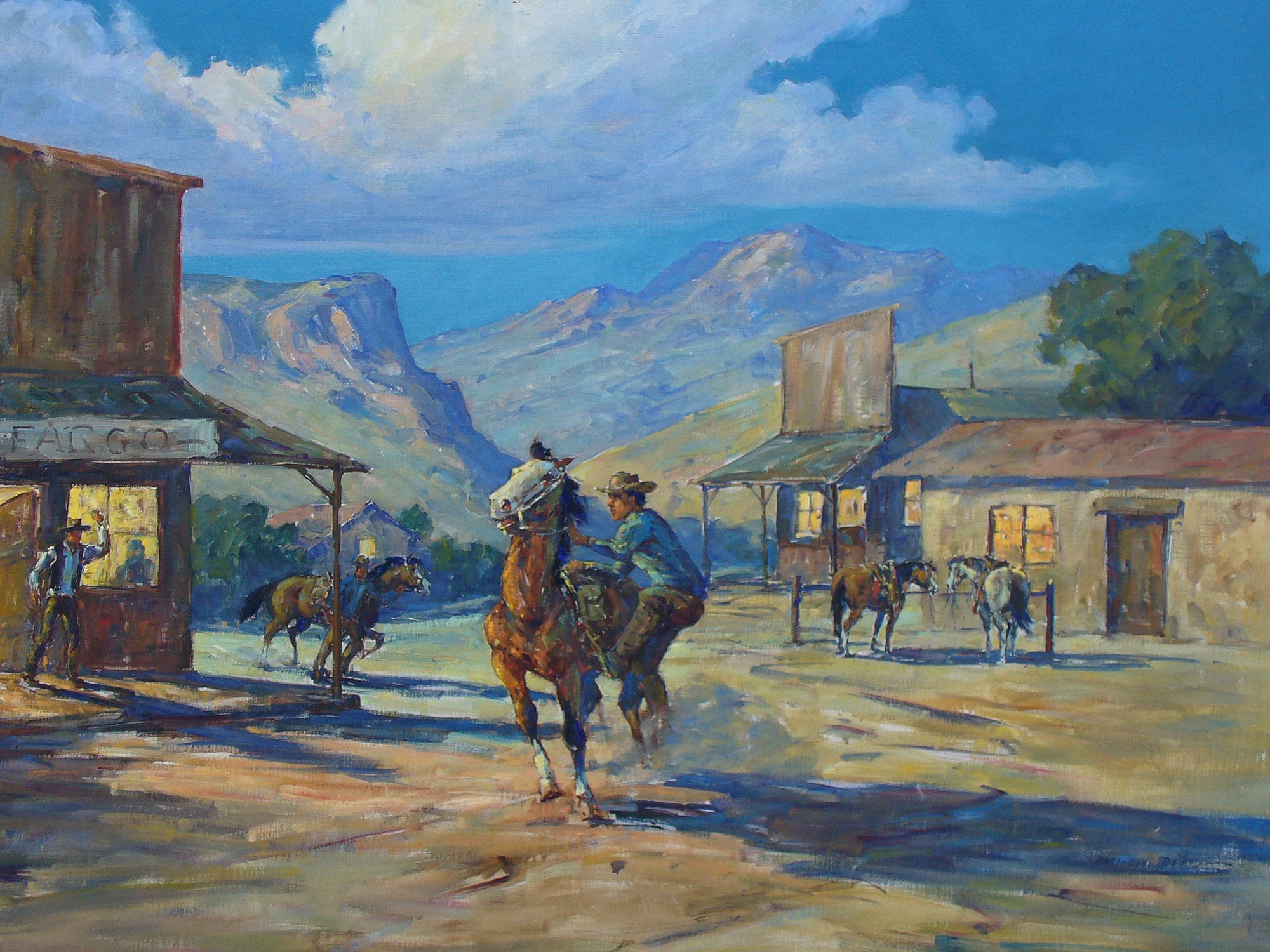 In February 2016 I wrote about a misadventure which occurred while writing All Aboard! The Life and Work of Marjorie Reed. 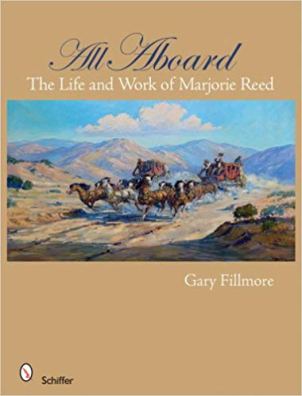 In the summer of 2007 I purchased three (3) murals which had hung in the lobby of the Argonaut Insurance Company in Menlo Park, California for over 50 years.

Stagecoach Race (6 feet by 10 feet) was used for the cover of the book as shown above.

Pony Express (5 feet by 7 feet) can be seen in the featured image for this post.

After the negotiations were finished I handed the seller a check. I then took one last look the canvases (which at the time were laying on the floor) and walked out the front door.  Pickup had been scheduled with an art transfer service for the following morning. I was confident they would be OK until then.

I have never seen two of the murals since that fateful day. It was years later before I saw the third.

As I recounted in my first Where is it Now? entry, another 5′ x 7′ mural titled The Early Argonauts (shown above) was allegedly “stolen” later that night.

Because I had flipped the other two murals with just a phone call, I shipped Stagecoach Race and Pony Express directly from northern California to another dealer in Tucson.

To this day I do not have any idea where Stagecoach Race is or who owns it.

It was at least three years later before I finally saw Pony Express again. I was contacted by a collector named Bill Cormany, who told me he had purchased the mural from the dealer in Tucson. He also expressed a willingness to loan it out for exhibition purposes.

It was an offer I gladly accepted, although I have to admit my enthusiasm waned a little the first time I picked it up. Due to its size and heavy wooden frame this is not an easy piece to transport.

Today Pony Express can be seen at the Phippen Museum in Prescott, Arizona.  Also featured in the exhibit, which runs until June 2020, are three other pieces from the Cormany Collection: Jack O’Diamonds, Indian Raid and Down the Grade at Huecco Tanks.

All are excellent examples of Marjorie Reed’s work in my never to humble opinion -not to be missed!

Oh yeah…and if anyone knows of the whereabouts of The Early Argonauts or Stagecoach Race please contact me.